Diane Hendrix, Project Founder, Director, Story Editor & Camera
Diane is a freelance writer and producer with over twenty years of experience in documentary production for American and Australian projects. She produced for several PBS and Discovery documentaries, for independent documentaries, and for PBS stations in Boston, NYC, Washington, D.C., and Seattle. She was Development Production Manager for the Evolution series for NOVA and Paul Allen’s co-production on Evolution broadcast nationally. She has been a media lecturer and producer at Harvard and MIT. Intrigued by students at both colleges with international ambitions for social change, after a year’s research, she launched the YWI webisode series in East Africa in 2011. 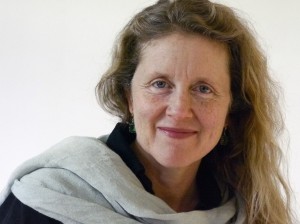 Lucia’s latest feature film, “One Cut, One Life,” met a standing ovation at the IFFBoston in April 2014, after a rousing premiere at the Full Frame Festival in Durham, N. C. Co-directed with seminal documentarian Ed Pincus (1938-2013) and supported by the Sundance Institute and the LEF Foundation, this was her third feature after her directorial debut, “My Father, the Genius” in 2002. The latter won several festival awards, including the Grand Jury Prizes for Best Documentary and Best Editing (by Karen Schmeer) at the Slamdance Film Festival, and a First Appearances nomination at IDFA; it was broadcast on the Sundance Channel and is distributed by New Yorker Films. Small and Pincus also co-directed “The Axe in the Attic,” (2007) which explored issues of hurricane Katrina’s impact as well as challenges in personal filmmaking. Small has produced documentary films for PBS, ITVS and American Public Television. When not directing and editing her own films, Lucia is a skilled editor for others, most recently the directorial debut of Lyda Kuth, “Love and Other Anxieties” (2011). 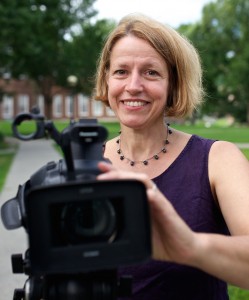 Signe Taylor, Consulting Producer
Signe is an award-winning documentary filmmaker and media educator. Her “Circus Dreams” is a vibrant feature documentary about the only traveling youth circus in the U.S. Winning Best Feature at the Providence Children’s Film Festival, it won prizes at the Toronto, Boston and Seattle Film Festivals as well, with PBS broadcasts in 2012. Signe is currently editing “Convicts and Scholars” (aka “Telling My Story”), a moving documentary about female prison inmates and Dartmouth students working together to write and perform a play that explores — in intimate and surprising detail — issues of poverty, class differences, social abandonment, addiction, and imprisonment.

John and his wife Louise grew up in India, spent many years in Zimbabwe producing films and founded Media for Development International in Tanzania ten years ago. MFDI will soon film the third season of “Siri ya Mtungi,” a comic drama about AIDS to engage huge audiences. Two popular seasons have appeared on TV, the web, cell phones, and DVDs — for 30,000 video libraries and “bands,” which are little theaters attached to thousands of Tanzanian video stores.  With a full production studio in Dar, John Riber’s Swahiliwood YT channel gets ~30,000 hits/day and is dubbing 20 quality international films from BBC Four’s “Storyville” into Swahili. MFDI will help YWI produce and distribute a stories based on YWI’s “Village Innovation Opens Minds.”. 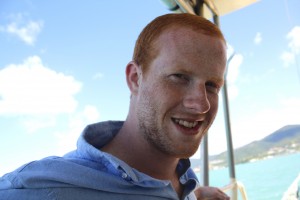 Austin is a content creator and media collaborator who recently graduated from Boston University with a degree in Film & Television. As Web Producer, Austin creates YWI’s online presence, helps develop funding strategies, and focuses the raw talent at YWI Headquarters. He freelances as an associate producer, camera operator, and editor when he’s not hard at work with the Young World Inventors team. In his spare time he enjoys watching old episodes of “Survivor,” sharing good conversation with dear friends, and biking through the busy streets of Boston. You can view Austin’s work here or you can reach him via Twitter @austincorbett. 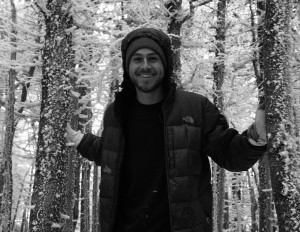 Bill Cotter, Editor
Bill graduated last year from Tufts University, where he studied English and Film.  A film lover at heart, Bill has made movies about activist street bands, the end of the world, young love, and aging rappers.  As Editor for Young World Inventors, Bill cuts here, trims there, and eats an obscene amount of Sour Patch Kids while waiting for Final Cut to render. Bill also writes short screenplays and poems; he puts them in a dusty file where no one will ever find them.  He has worked as a film editor, a copy editor, a windsurfing instructor, a cupcake seller/eater, and as a taster/host at a microbrewery.  You can see his award-winning film, “Mavis at the End” here, and reach him via Twitter @wrcoaster. 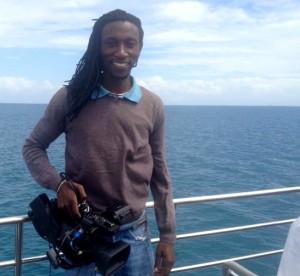 Nairobi cameraman Elijah Kanyi freelances for local and international media agencies, covering news and documentary stories. Elijah has shot YWI stories with artist Cyrus Kabiru and inventor Payan ole-MoiYoi in Nairobi last February; he will continue to follow these stories this fall. Former clients include The Associated Press, CloverFilms, Doctors Without Borders, and Kenyan televisions stations KTN and NTV. He is currently the in-house cameraman for PAWA254, a creative hub for media producers in Nairobi, founded by award-winning photojournalist Boniface Mwangi. Elijah considers himself a social activist at heart. 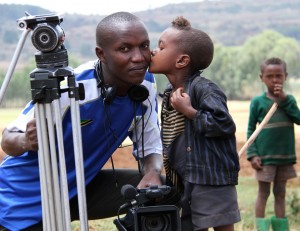 Born in Arusha, Tanzania, Abisae trained at Kilimanjaro Film Institute (KFI) and was promoted to Senior Producer, cinematographer and trainer for other media production students at KFI.  As the developer of two television series, Abisae trained at risk Tanzanian youth as media makers to produce a documentary magazine, TAZAMA TZ! Its second season reached five million viewers in East Africa. In 2013 Abisae and KFI won six Excellence in Journalism Awards in Tanzania (EJAT) for their work on TAZAMA TZ! This was a record number of awards for a single television show in Tanzania.

Jack is a filmmaker and editor based in Boston. He is currently creating a feature documentary on John Artis, wrongfully convicted co-defendant and lifelong friend of the late Rubin “Hurricane” Carter. Aside from filmmaking, Jack worked as a software engineer for Ray Kurzweil’s digital piano company. He also lived in Italy for a year with the Ranelli family and founded an online music journal called “Squeegie” that received over a million unique visits. Over the years, Jack has developed his passion for video, interning at Red Car Chicago editing commercial spots and directing academic interviews with Harvard Professor Hilary Putnam. His approach to filmmaking is underscored by years of piano and music composition. Jack’s work can be viewed on his website.